This is the digital part of the Atlas project (2) made by IUAV University Communication Laboratory where I and my partner chose to investigate the topic Interplanetary. We decided to create an interactive Twitter-based installation focused on the deep space and to show timing and energy spent during a communication with one of the spacecraft currently located in it.

WHAT HAPPENS?
1. The user sends a tweet mentioning @AtlasDSN at one of the official accounts of the selected spacecraft.
2. The projection shows the message as a signal and the monitor indicates destination, time and user.
3. The message timing takes to reach its destination is the real one and depends on the distance (e.g. Curiosity takes 20 minutes while Voyager takes 18 hours).
4. When the tweet reaches its destination, the text is visualized in the "received" column on the monitor.
5. The user will receive a tweet from the target spacecraft when it receives the message. 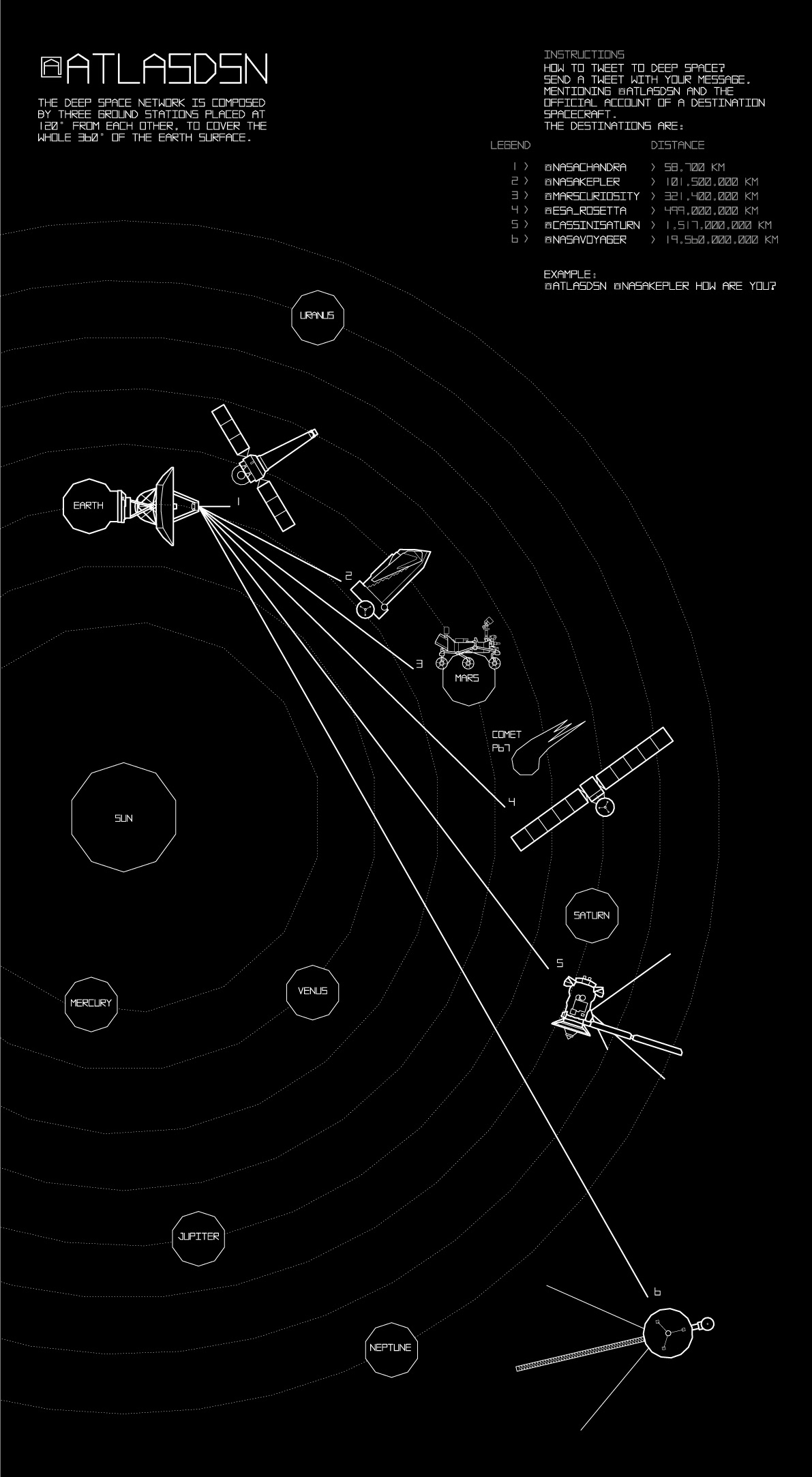 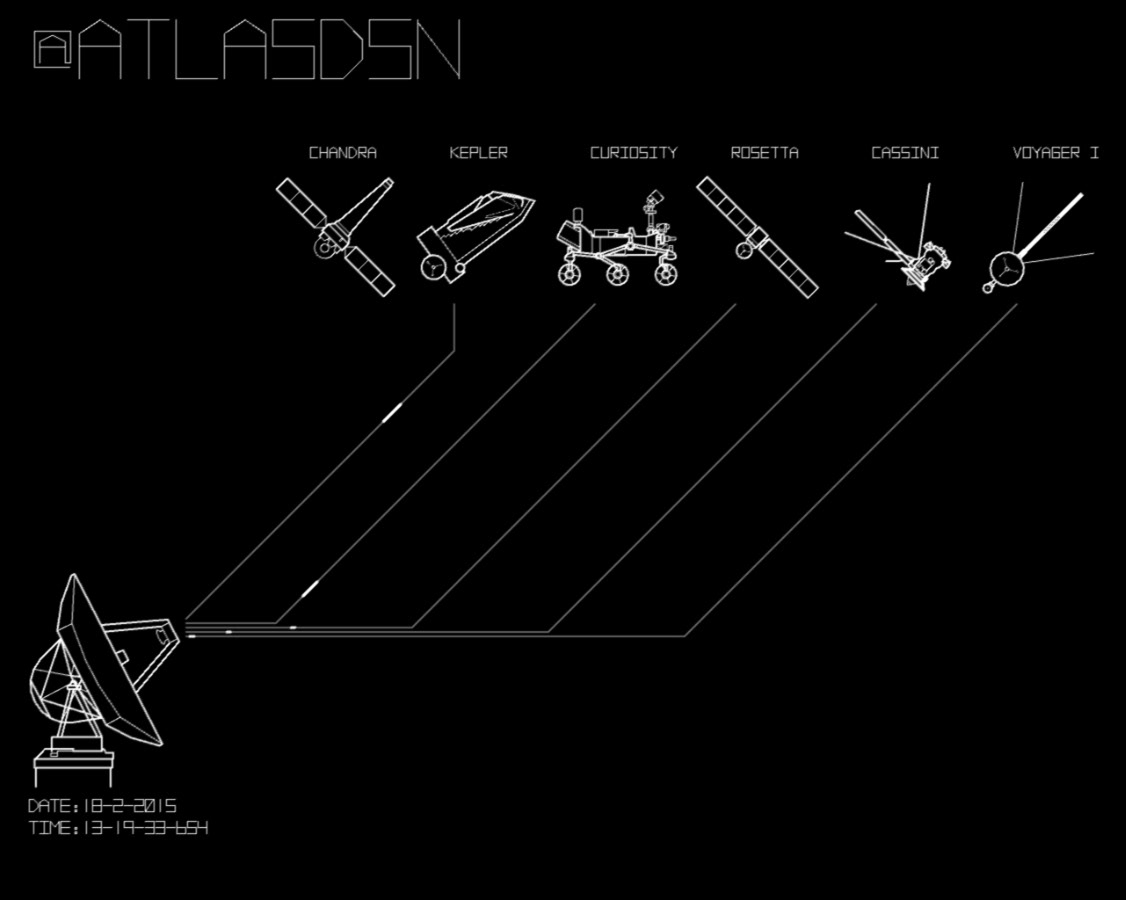 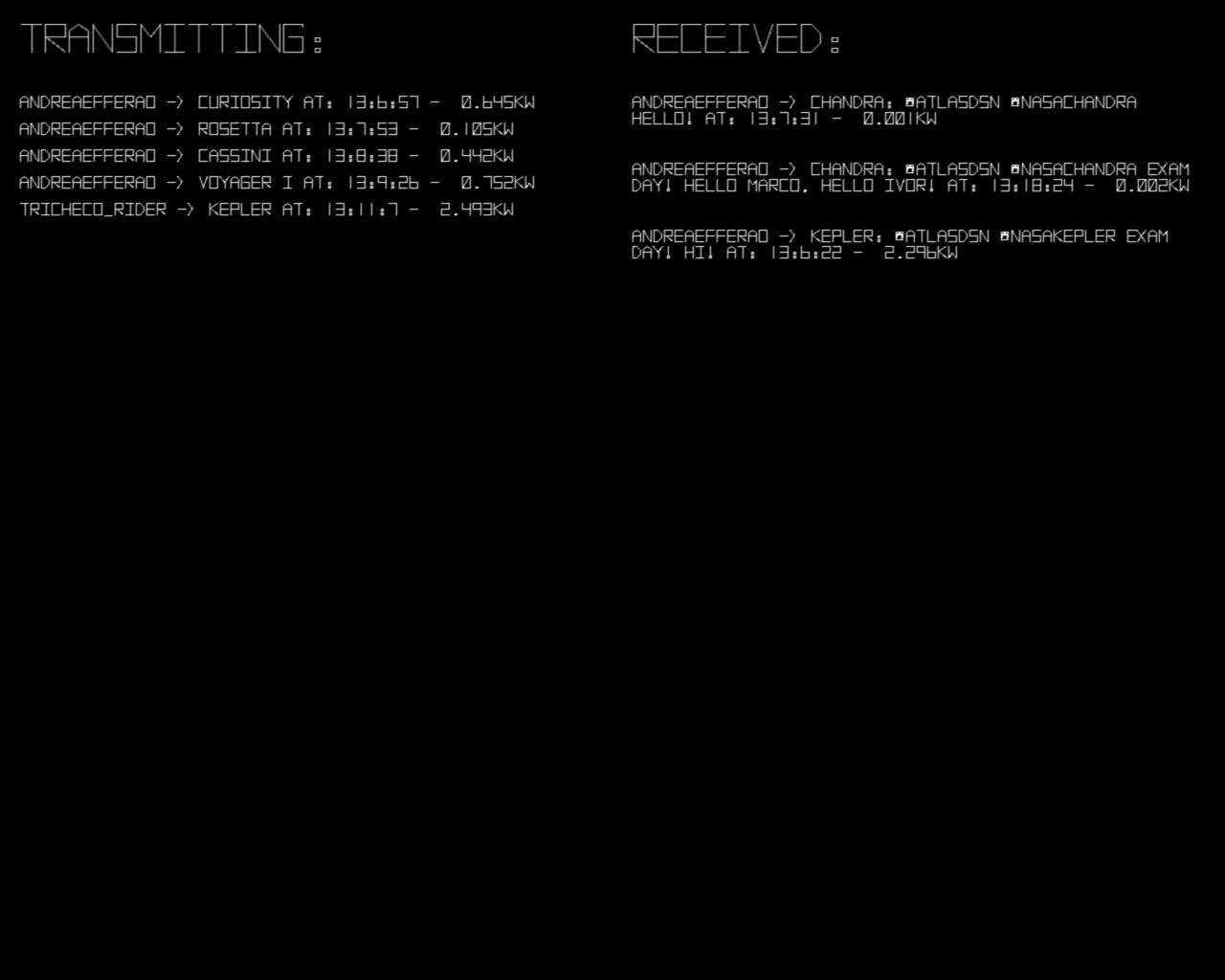 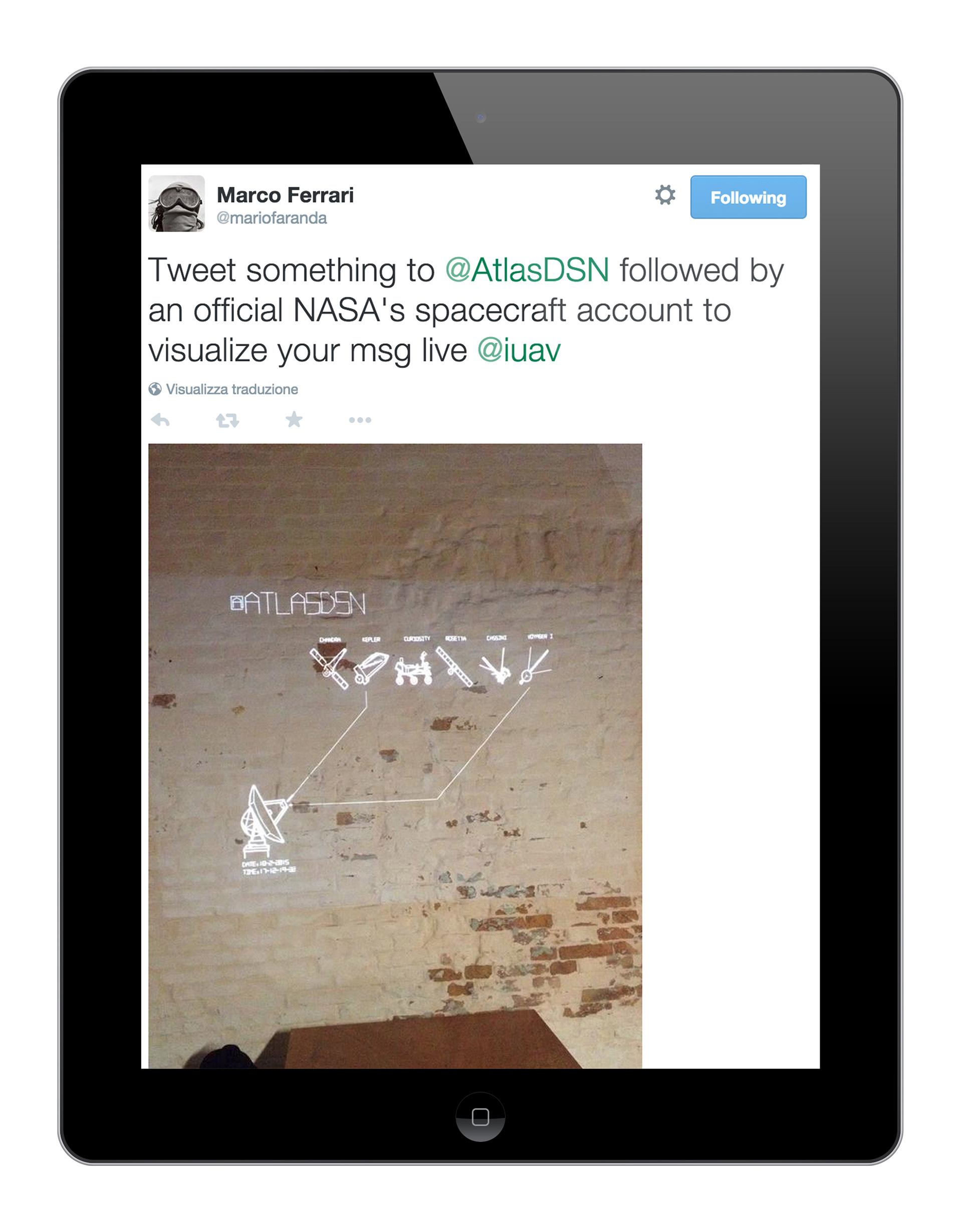 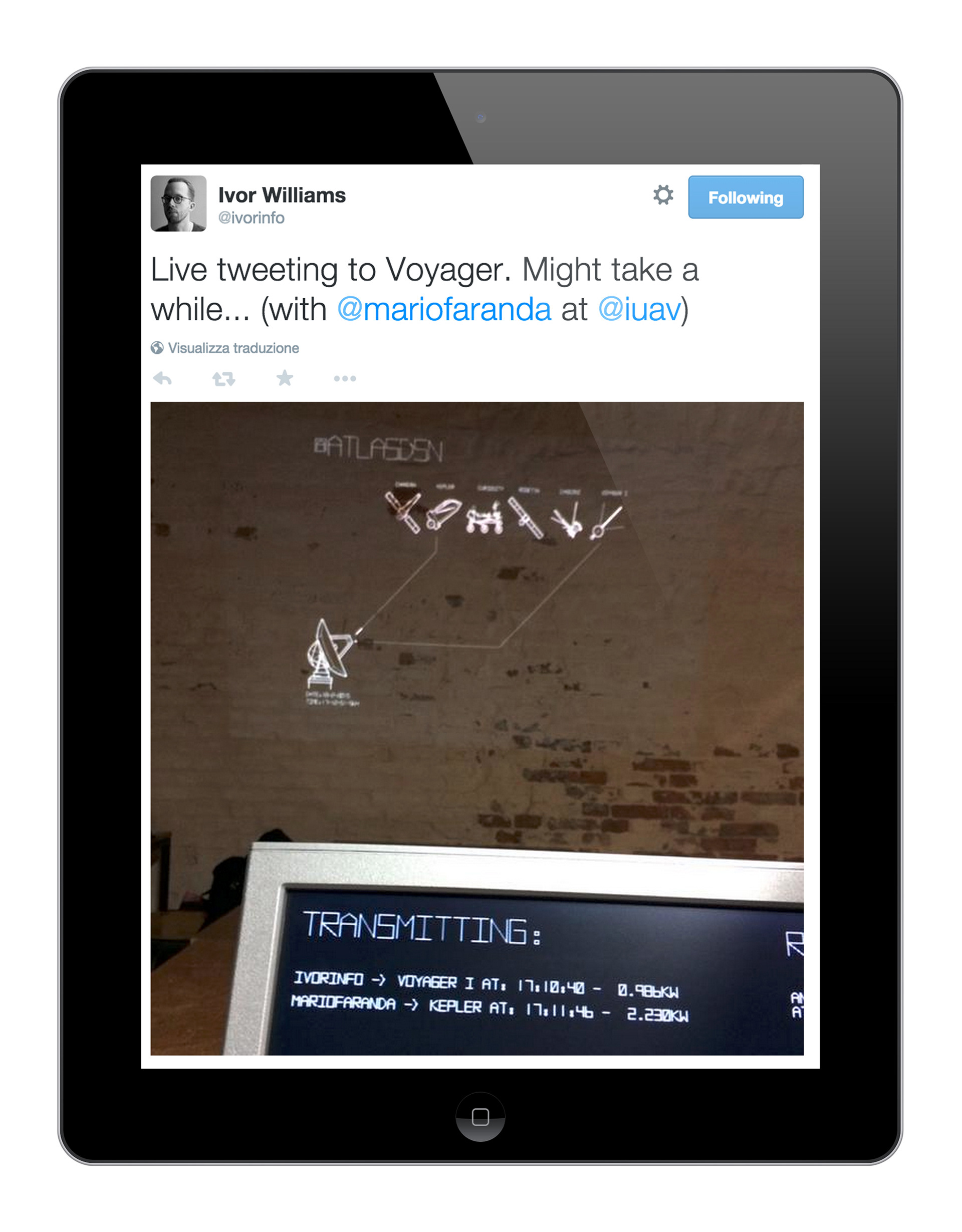